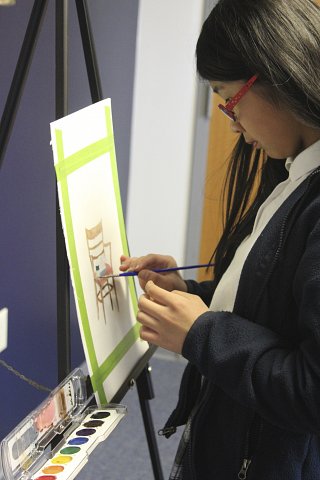 At Regents, we recognize that the visual and performing arts are gifts from God created for the enjoyment of His people. Students are offered a wide range of opportunities including art, drama, dance, and music. Students receive art and music instruction beginning in kindergarten. Music instruction focuses on music theory, history, and production. In art, the students focus on art history and application. Grammar School students focus on developing skills in the areas of drawing, painting, and three dimensional art as well as studying classical artists and their masterpieces. While Logic and Rhetoric School students focus on deepening their foundational skills and studying the major art periods, characteristics, and artists that influenced the history of art.

These required classes are designed to provide basic experience in a variety of areas for all students, with the goal of helping them discover individual giftedness and enhancing their appreciation for the arts.

At Regents, we desire for the students, staff, and families of Regents School to use their God-given strengths and talents in service to others.  As a Christian school community, we want to be doers of the Word, serving in the name of Jesus to make a difference!

Students and the larger Regents community participate in various community service outreach projects and mission-related activities throughout the school year. From collecting clothes for orphans in Guatemala to preparing Christmas boxes for Samaritan’s Purse, our students are learning to have a heart of compassion for others.

The house system encourages and simplifies the assimilation of new students into the culture of RSC, facilitates the passing on of our school culture to these students,  makes it easier for new students to develop friendships based on a common interest, provides Godly accountability on campus between students, fosters a desire to walk in obedience to the school staff, and expands fellowship across all grade lines.

Students in grades seven through twelve are brought together in competition and work, enabling them to know one another in all types of situations.  Because younger students often admire older students, the opportunities for leadership and discipleship are greatly increased.  As houses compete, students are motivated to encourage one another to follow the rules, study hard, and seek out opportunities for service.  As students incorporate the school rules into their lives, teachers are able to focus less on discipline and more on academics. It is in this tradition that RSC has divided its Upper School into groups of students, each led by House Advisor faculty members. 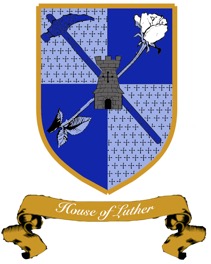 When a previously unknown monk nailed a few debating points onto the door of the Castle Church in Wittenberg, he hardly knew that he was beginning a revolution. However, when, in front of the emperor and all the grandees of the Holy Roman Empire, the simple monk known as Martin Luther was ordered to back down from what he had come to inwardly believe with all his heart to be the plain and simple Gospel Truth, he uttered words that have echoed down through history: “Here I stand; I can do no other!” The world has not been the same since. 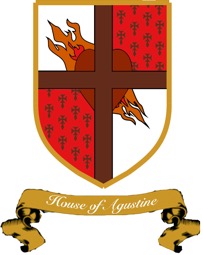 When the young Augustine’s longsuffering mother, Monica, had poured out her heart to a sympathetic bishop, he replied in words of comfort that would echo in the hearts of many parents down through the centuries, “It cannot be that the child of so many tears should perish!”  And so, indeed the prayers of Augustine’s mother were answered beyond even her hopes and dreams, as he would come to be not only a Christian, but a Christian leader, who wrote some of the most seminal works of Christian theology, historiography, and even personal reflection.  What is more, Augustine was also an active leader, becoming bishop of his native town of Hippo. He was also the best kind of shepherd of God’s people, and he knew how to be in the face of the greatest adversities such as the Sack of Rome and the invasion of the Vandals. In both his writings and his life, Augustine always pointed to that invincible Christian hope that nothing in this world can ever shake! 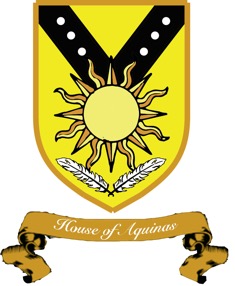 Born of a powerful noble family, Thomas wished only to dedicate his life to God and to better understanding God’s world, despite even his own family’s violent rejection of his chosen path.  While a brilliant student, Young Thomas was shy and taciturn, so much so that some of his misunderstanding peers took to calling him the “dumb ox.”  In spite of it all, though, Thomas Aquinas would not be deterred by the opinions or the oppositions of others.  By far the most influential thinker, scholar, and philosopher of the Middle Ages, his life’s work was bringing the wisdom of the ancient Greeks back into the Western consciousness; the most complete compilation of his works fills thirty-nine volumes, and it is only half-finished! St. Thomas Aquinas was a man dedicated to bringing the light of God’s truth into every aspect of life, and no obstacle was going to prevent Thomas from shining as brightly as he knew how! 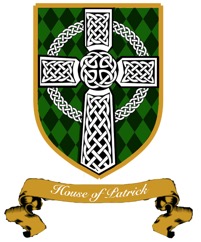 As a young lad of a mere 16, Patrick was kidnapped off of the coast of formerly Roman Britain by Irish pirates and sold into slavery.  After 6 years, he made a daring escape back to his homeland.  Soon afterwards, though, he had a conversion experience, became a priest, received a missionary call, and went off to preach the gospel to the very people who had formerly enslaved him!  What is more, the monastic missionary movement that he founded soon went on to quite literally save the heritage of Western Civilization by copying and preserving in vast numbers the key texts of Western Civilization through the “Dark Ages” that were soon to follow.  Not enough is known about Patrick but enough is known in order to make his name a legend—a legend of faith, a legend of courage, and a legend of service!